A Brief History of Exams 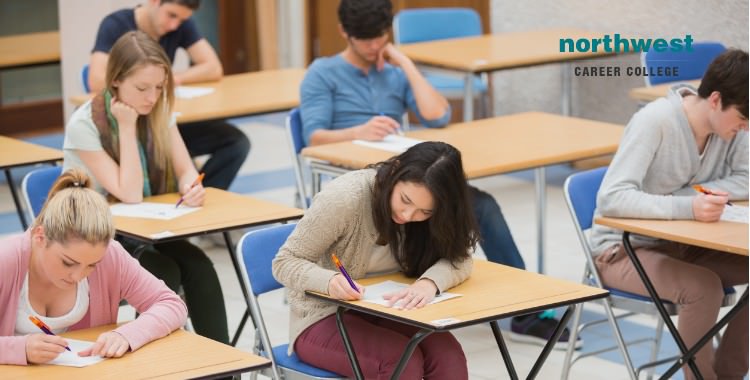 Did you know that written examinations didn’t become part of the western educational system until the late 16th century? It’s true. They actually originated in China! Millions of Americans every day take exams, assuming they have always been a key part of our schooling system, but that couldn’t be further from the truth.

The western educations tradition, as best exemplified by the university system in the middle ages, looked quite different from the exam and coursework system we know today. That system was actually adapted from the Greek and Roman model, which emphasized debate as the best form of learning.

Entry to a university was based mostly on recommendation, rather than qualification, which is why some of the oldest European and American Universities still have a reputation for nepotism and classism.

Teachers had to be impressed by a student before they would approach them to offer them the chance to earn their degree by giving a lecture or hosting a debate known as the disputatio.

This remained the system until well into the 17th century  and elements of this can still be seen in the process of earning a doctorate where, once the student has submitted their thesis, they will be invited to defend their doctorate at a ‘viva voce’ (Latin for ‘by live voice’) or oral examination.

In China, the far more codified Imperial Civil Service had put examination requirements in place since the first century AD. These tests were notoriously difficult, which we can assume was to prepare future bureaucrats for the difficulties of running such a large and notoriously fractious country.

To help prospective entrants, academies were created to teach the subject that would be on the test, which bore far more similarities to today’s universities than those in Europe did.

In the late 16th century, a Jesuit priest named Matteo Ricci was sent to China and eventually rose to a very senior position within the order. The Jesuits themselves were very interested in education and, impressed by the competitive and meritocratic nature of the Chinese examination system and the glowing reports sent back by Ricci, they adopted it themselves.

When the 18th century rolled around and absolutist reformers were trying to do away with the elitist aristocratic civil services that dominated Europe, the turned to this used by the Jesuits. Starting in Prussia before spreading all over Europe over the following century, bureaucrats now had to pass examinations.

Since the universities were largely seen as prep schools for aristocratic children looking to enter the civil service, they too stated to introduce entrance exams, starting with the German Abitur, which is still the qualification required to enter university.

Many of the Ivy League universities in the US styled themselves very heavily on their predecessors in Europe and so adopted the concept of entrance exams. Initially, these were also a way of keeping out those considered to be socially unsuited, containing questions on, and in, Greek and Latin, the languages traditionally taught to the upper classes.

As the class system started to dissipate and universities began to expand the range of their intakes the began to look for something that would measure potential regardless of which state or the school they came from. This eventually led them to consider psychometric examinations leading to the creation of the SAT.

The dominant form of testing around the world today remains a single high-stakes test at the end of secondary school. Asian countries are famous for the pressure which these tests, the gaokao in China, the Korean suneung and the Japanese center, put school leavers under, but most European countries have an analog, from the French baccalaureate to the British A-levels.

Recognizing the issues around putting school children under such stress, many countries continue to look for an alternative. However, the issue is that no one has come up with an option that measures of academic prowess or potential without being innately connected to privilege. Exam results, whatever their faults, do provide transparency in results, and provide a greater appearance of fairness.

Here at Northwest Career College, we are committed to providing our students with the best possible facilities to allow them to take advantage of the excellent courses we have on offer. In addition to our Pearson VUE testing center, we also offer morning, afternoon,  night, online and blended classes to accommodate your Las Vegas work and family schedule.  And, we have an experienced Career Services team to help you find the best employment opportunity for your new career. Call us today at (702) 403-1592 to find out more about what we can offer you!