A Brief History of Massage Therapy 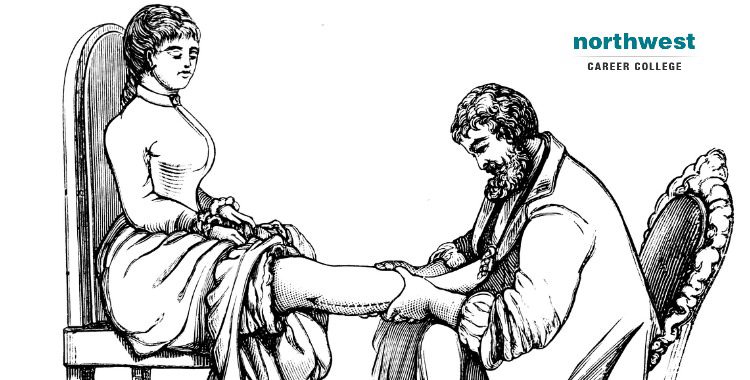 Massage therapy has, rightly, gained traction in the medical community recently as research show sit can have a beneficial effect on patients suffering from a range of maladies, from cancer to depression.

However, as a species, we have been employing massage therapy for over 400 thousand years, with our ancestors using it to treat many of the same things we treat today. The first written records of massage being used for medical and treatment purposes were written by some of the world’s oldest civilizations, the Egyptians and the Chinese. So, to get a better idea of how our ancestors used massage therapy and how it evolved into what it is today, let’s take a look at a brief history of massage therapy.

The first mention of codified massage therapy being used was in a Chinese text, published in 2700 BCE, known as “The Yellow Emperor’s Classic Book of Internal Medicine.” This book focuses on using massage therapy to change the flows of Qi energy flowing through the body, realigning it so that the flow of positive energy would help overcome medical conditions.

Eventually, these Chinese traditions would make their way to Japan where they would form the basis of the anma style of massage that would eventually develop into modern shiatsu massage.

This same approach to massage therapy can also be found in Egyptian art and Greek writings that first appeared in around 2500 BCE. Egyptian massage therapy, as written down and evolved by both the Greek and Romans, bears a striking similarity to the modern practice of reflexology.

In 1500 BCE, Hindus practicing Ayurvedic medicine, which translates from Sanskrit as “life health,” first wrote down their message therapy traditions based on holistic medicine, combining meditation, relaxation, and aromatherapy. Ayurvedic medicine still has a strong following in Hindu countries and the British occupation of India resulted in that traditional making its way back to the west.

The Roman medical tradition, pioneered by the physical Galen who was often known as the “Father of Medicine,” included massage alongside exercise, a healthy diet and rest. While Galen’s system did operate on the comparatively primitive system of Humorism, it did include a tradition of massage passed down from the Ancient Egyptians.

In the early 1800s, the Swedish doctor, gymnast, and educator Per Henrik Ling applied his experience of the human body into a series of massage techniques that he called “Swedish Movement System.”

Ling combined his education of physiology and gymnastics with pre-existing massage tradition found in Sweden, Denmark, and Norway to create the basis of what would become moderns Swedish Massage.

In the first half of the 20th century, message tended to be relegated to a luxury, a simple form of relaxation without any other benefits. Slowly, that reputation is being rehabilitated, with the medical world coming round to the idea that massage therapy can be a important part of a healthy lifestyle and assist in the treatment of certain illnesses and conditions.

Join One Of The Best Massage Therapy Schools In Las Vegas Today!

Our massage student clinic is open seven days a week, for both your and your clients’ convenience, and we offer day and night classes to accommodate your work and family schedules. Our instructors are experienced professionals who will prepare you to sit for either the NCBTMB (National Certification Board of Therapeutic Massage) or the MBLEX (Federation of State Massage Therapy Boards) exams and we are proud of our 100% board pass rate. Call us at (702) 403-1592 to speak to one of our enrollment specialists today!