Three of the Most Important Supreme Court Decisions in U.S History 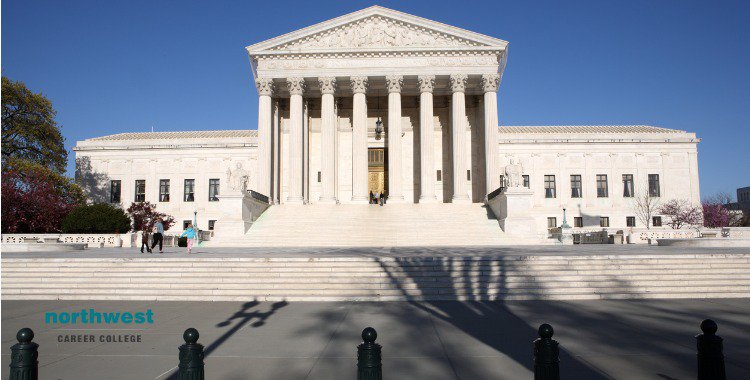 The Supreme Court of the United States (SCOTUS) is the highest court in the federal judiciary of the United States. It has ultimate and largely discretionary appellate jurisdiction over all federal and state court cases that involve a point of federal law.

Decisions made by the Supreme Court of the United States can have long-lasting and significant impacts on how the law is applied in America and because the Court holds the power of judicial review, the ability to invalidate a statute for violating a provision of the U.S. Constitution, some of its decisions have changed how we understand the fundamental legal rights we have today.

In this article, we will be looking at three of the most important Supreme Court decisions in U.S history.

In 1957, the Cleveland police entered the home of one Dollree Mapp without a warrant after she had refused to allow them to search her home for harboring a suspected fugitive, Virgil Ogletree.

During the illegal entry and search that followed, the police found that Mapp was in possession of what they referred to as “obscene books” and she was arrested for their possession, after being cleared of possessing numbers paraphernalia she was eventually convicted of “knowingly having had in her possession and under her control certain lewd and lascivious books, pictures, and photographs in violation of 2905.34 of Ohio’s Revised Code.”

Facing seven years in prison, Mapp appealed the decision and the SCOTUS ruled that her rights under the Fourth Amendment to the U.S. Constitution, which provides that “the right of the people to be secure in their persons, houses, papers, and effects, against unreasonable searches and seizures, shall not be violated,” were violated by the illegal search and the evidence collected was inadmissible in court.

The SCOTUS decision that, “The tendency of those who execute the criminal laws of the country to obtain conviction by means of unlawful seizures … should find no sanction in the judgments of the courts, which are charged at all times with the support of the Constitution, and to which people of all conditions have a right to appeal for the maintenance of such rights,” put into law the fact that Illegally obtained evidence cannot be used in criminal prosecutions in state courts.

Many of those moving through the criminal justice system in the US cannot afford to retain counsel, so, as per their sixth amendment rights, one is provided for them. This system of representation was enshrined by the 1963 Gideon v. Wainwright SCOTUS decision.

In 1961, Clarence Earl Gideon was arrested and charged with breaking and entering with intent to commit petty larceny. Gideon could not afford legal representation and when he asked the court to provide such, his request was denied.

Despite not having a full highschool education, Gideon was forced to defending himself and was eventually convicted, on the accusation that “ a witness reported that he had seen Clarence Earl Gideon in the poolroom at around 5:30 that morning, leaving with a wine bottle, Coke, and change in his pocket,” and sentenced to five years in prison.

Having crafted his own appeal from prison, Gideon’s case was brought before the SCOTUS who overruled the earlier Betts v. Brady decision that provided the selective application of the Sixth Amendment right to counsel to the states, depending on the circumstances, as the Sixth Amendment had only been held binding in federal cases.

The new ruling allowed that the assistance of counsel, if desired by a defendant who could not afford to hire counsel, was a fundamental right under the United States Constitution, binding on the states, and essential for a fair trial and due process of law regardless of the circumstances of the case.

The fall out of this decision led to approximately 2,000 individuals being freed in Florida alone. Gideon’s case was retried, with proper legal counsel, and the jury acquitted Gideon after one hour of deliberation.

The 1967 Loving v. Virginia decision struck down all race-based legal restrictions on marriage in the United States, the so-called anti-miscegenation laws that still existed in states like Virginia.

The case was brought by Mildred Loving when she and her husband were sentenced to a year in prison for marrying each other, which was then illegal under Virginia’s Racial Integrity Act of 1924, which criminalized marriage between people classified as “white” and people classified as “colored”.

In a rare unanimous decision, SCOTUS ruled that the anti-miscegenation laws violated the Equal Protection Clause of the Fourteenth Amendment to the U.S. Constitution because it was based solely on “distinctions drawn according to race” and outlawed conduct, in this case, getting married, that was otherwise generally accepted and which citizens were free to do.