What does the Supreme Court actually do? 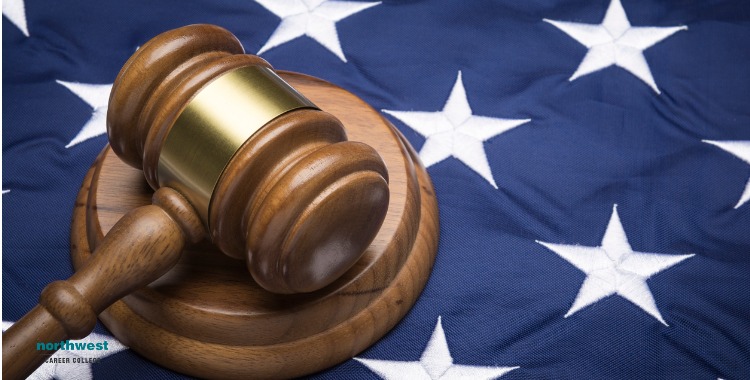 The Supreme Court has featured large in the recent news cycle as have a lot of misconceptions about how it works and what cases it can rule on. In this article, we’ll be looking at the highest court in the land, how it was founded, and what it actually does.

A Brief History of the Supreme Court

The Supreme Court of the United States (or SCOTUS) is the highest federal court in the country and the head of the judicial branch of government.

The Supreme Court itself was established by the Judiciary Act of 1789 as part of Article III of the U.S. Constitution, which also granted Congress the power to create inferior federal courts. The act, signed into law by President George Washington, specified that the court would be made up of six justices who would serve on the court until they died or retired.

Despite being the highest court in the land, SCOTUS’s first-ever judgment was far from ground-breaking. West v. Barnes required SCOTUS to rule on a financial dispute between a farmer and a family he owed a debt to.

Supreme Court’s justices are nominated by the President of the United States and confirmed or denied by the U.S. Senate. The number of justices on the Supreme Court has varied over the years, from as low a five to as much as ten, before finally being set a none in 1869.

What Does the Supreme Court Do?

Cases are not automatically heard by SCOTUS. Instead, they receive around  7,000 petitions every year and choose which to hear. When they do want to hear a case, SCOTUS issues a writ of certiorari, which brings the case before them from a lower court.

When it comes to selecting cases, SCOTUS abides by the Rule of Four, which means if four justices vote to hear a case, all nine agree to it.

SCOTUS hearings begin in October every year, and the last cases are usually heard in June. SCOTUS normally hears between 100 and 150 of the 7,000 petitions it receives.

What Cases Can the Supreme Court Rule On?

SCOTUS is a federal court, meaning that it has appellate jurisdiction, the Court can hear the case on appeal, over cases prosecuted by the U.S. government and civil cases. SCOTUS can hear cases from state courts, but only if they involve a breach of federal law or the Constitution.

SCOTUS also has original jurisdiction, where the case can be tried directly in the Supreme Court, over suits between two or more states and/or cases involving ambassadors and other public ministers.

Having Your Day in the Supreme Court

While it might seem like the only way to be involved in a case in the Supreme Court is to be a high-flying lawyer, the reality is that those high-flying lawyers are supported by teams of dedicated paralegals who are vital to making the case that the lawyers argue.

By joining our Paralegal School, you’ll be taught by some of the best-seasoned attorneys and experienced paralegals in Nevada.

As any legal expert will tell you, paralegals are the beating heart of any of the best law firms in the world, and graduating from our Paralegal School means you can start a fascinating a rewarding career in law, without spending hundreds of thousands of dollars on law school.

Here at Northwest Career College, we run the top paralegal program in Nevada, offering our students the skills and experience they need to successfully enter the field of paralegal work and position themselves to maximize their earnings.

Our Paralegal instructors are seasoned attorneys and highly trained professionals who are able not only to teach you the law but also to guide you through the many ways a paralegal integrates into a Las Vegas law practice.

We offer on-campus and online paralegal classes to accommodate your work and family schedule. Our Career Services team will work with you to help you find the best paralegal employment opportunity in Las Vegas.

Their expertise in this area has given us a 100% success rate in job placement rate for paralegal graduates. Call us today at (702) 403-1592 to find out what our paralegal program can offer you.

Get Started With Paralegal Studies