Are Burglary and Robbery the Same Thing? 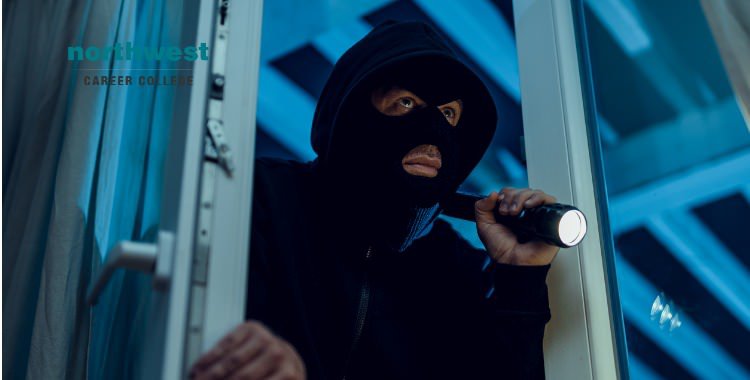 If you’ve ever watched any legal or law enforcement drama on TV, you’ll notice that they throw around a lot of different terminology for what seems to be the same thing. If someone’s house is broken into, it is burglary or robbery? If someone is killed, is it murder or manslaughter?

In this article, we’ll be cleaning up this uncertainty by comparing commonly confused legal terms and pointing out the differences which separate them.

These two felonies are often confused with each other because they both involve theft, also called larceny.

To make it simple, the difference between robbery and burglary is that burglary involves someone entering a building or property that doesn’t belong to them with the intent to commit a crime. This doesn’t have to be theft, it can be any crime. Burglary is also sometimes referred to as breaking and entering.

Robbery, on the other hand, involves the use of force or fear upon another person to obtain property. Robbery always includes person-to-person interaction whereas burglary does not.

As an example, if someone forced you to hand over you wallet at knifepoint in the street, that would be robbery. If they broke into your house while you weren’t there to steal your wallet, that would be burglary.

The difference between murder and manslaughter is the intent to kill.

These two are often confused because fraud is often presented as a way to obtain money. The reality is that the definition of criminal fraud, deception of others for personal gain, is much wider than that of embezzlement.

Embezzlement is actually a type of theft in which a person has been given permission to handle an asset, but not to take it for themselves.

Using accounting tricks to steal from an employer or taking the Social Security of a relative is embezzlement but, because the perpetrator was originally given permission to handle an asset, it is not a fraud.