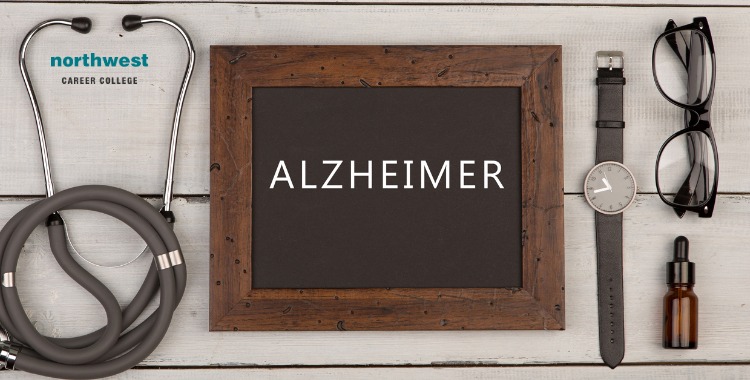 Alzheimer’s disease currently affects more than 5 million Americans, with that number expected to rise to 14 million by 2050. Currently, Alzheimer’s disease is the 6th leading cause of death in the U.S and, along with other forms of dementia, kills more seniors than breast and prostate cancer combined.

Thankfully, scientists and doctors around the globe are constantly developing cutting-edge treatments to combat Alzheimer’s disease and recent years have seen some significant advances towards potential prevention and even a cure.

What is Alzheimer’s Disease?

Alzheimer’s disease is the most common cause of dementia. Not a typical part of the aging process, Alzheimer’s is in fact caused by a progressive build-up of two proteins, called amyloid and tau.

These two proteins form into plaques that damage the brain cells around them. This in turn has a negative effect on memory, thinking skills, and other mental abilities.

What New Treatments Are on the Horizon?

Through a combination of drug development, treatment testing, and global research efforts, significant steps have been taken in recent years towards new Alzheimer’s treatments.

The AHEAD Study is a global research initiative that is seeking to fully understand how Alzheimer’s disease starts, progresses, and how it might be prevented in the early stages. Currently, the study is recruiting subjects around the age of 55, who haven’t yet developed the disease but are at risk of it.

As part of the study, these patients are monitored for intermediate or elevated levels of the brain protein amyloid, which has been linked to memory loss associated with Alzheimer’s. Those showing amyloid buildup are given an experimental drug, BAN2401, which, it is hoped can help to decrease amyloid levels and stave off cognitive decline.

The current reliable testing methods for Alzheimer’s disease include PET imaging and testing of cerebrospinal fluid, both of which are costly, invasive, and not always accessible in certain parts of the U.S.

A 2020 breakthrough by researchers at Lund University in Sweden and Washington University in St. Louis showed that a simple blood test can be used to detect forms of the brain protein tau in people with cognitive decline.

At the same time, another group of researchers have created a blood test to screen for a form of the tau protein called NT1, which has been linked to cognitive and memory decline, as an early warning sign for the development of Alzheimer’s disease.

Aducanumab is a drug being developed by Biogen that showed promise before its trails were stopped in 2019. A human monoclonal antibody, Aducanumab is a cloned and programmed white blood cell that targets and destroys the beta-amyloid protein.

Initial trials were stopped because the drug seemed to be ineffective at halting the progression of the disease in test subjects with mild Alzheimer’s. However, those findings have now been reassessed and Biogen has resubmitted its application to the FDA.

If approved, Aducanumab could be the first drug to combat the cognitive decline associated with Alzheimer’s.

A team of researchers led by the director of The Picower Institute for Learning and Memory at MIT, Li-Huei Tsai, has released research indicating that exposure to pulses of light and sound can improve communication between different regions of the brain.

When exposed to bursts of light and sound 40 times per second, a rate of 40 hertz, the microglial cells in the brains of the study’s mice activated in synchronicity. These cells can clear amyloid plaques and tau tangles as well as increasing blood flow.

Exposure to hourlong sessions of 40-hertz pulses over several weeks significantly reduced the levels of amyloid and tau proteins in the brains of the mice, improving their learning and memory capacity.

Tsai and her team are now testing this potential therapy on early-stage Alzheimer’s patients while the startup Cognito Therapeutics in Cambridge has licensed the technology and is also conducting human studies.

The current test of the effectiveness of dementia medications involves asking patients to raw overlapping pentagons or maybe complete a paper maze. However, these tests have been shown not to detect subtle cognitive changes that could suggest a risk of future impairment.

Dr. Kathryn V. Papp from the Harvard Medical School is developing memory and thinking tests on smartphones as a form of early warning system for Alzheimer’s.

The tests would be sent to the patient’s smartphone each month and involve everyday acts of simple cognition, such as matching faces or calculating out grocery prices.

Early usage of these tests has shown them to be more effective at detecting the potential symptoms of Alzheimer’s than the traditional paper tests.

Here at Northwest Career College, we have a student-focused attitude that prioritizes giving our graduates the training and skillset they’ll need to excel as medical assistants. Our established and seasoned instructors work with you, teaching you every aspect of Medical Assisting.

If you’d like to learn more about what our medical assistant course can offer you, call one of our enrollment specialists at (702) 403-1592 today. We provide flexible learning, with online and on-campus morning, afternoon, and night classes to accommodate your Las Vegas work and family schedule. Once you’ve graduated, our dedicated and experienced Career Services team will work with you to help you find the best employment opportunities in Las Vegas. Call us now on (702) 403-1592 to start your journey!