What makes English difficult to learn? 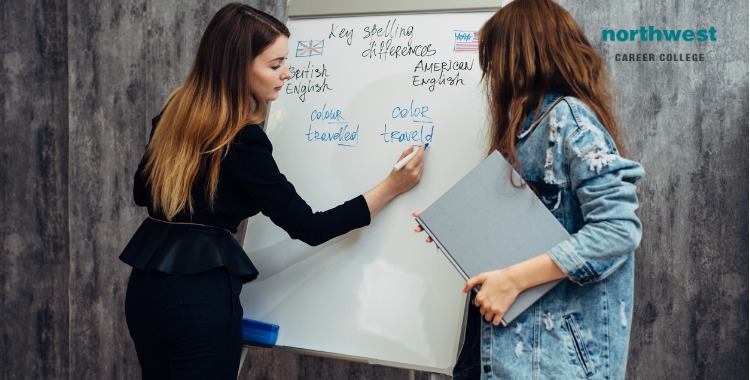 It’s often said that English is one of the hardest languages to learn. This isn’t entirely true as it actually places mid-table on the U.S Diplomatic services list of language difficulty.

However, it can’t be denied that there are some oddities to the English language that can catch new learners out. Today, we’ll be discussing some of those oddities.

Why Is English So Odd?

Part of what has added so many oddities to the English language is the fact that it is a composition language made up of French, German, and Danish roots.

This amalgamation of three different root languages, some of which are responsible for importing Latin and Greek words into English, is responsible for some of the idiosyncrasies that can catch out new learners.

One of the reasons why English is known for being difficult is because it’s full of contradictions. Some of the more widely known examples of these, according to the Oxford Royale Academy are:

There are a lot of rules in the English language, but there are also a lot of exceptions to those rules, which can make it difficult to predict how words are spelled and sentences are constructed.

One of the more famous examples of this is the hard rule of “I before E except after C.” This rule applies to all words, except science, weird, seize, or nearly 400 other English words.

There are silent letters at the start of words, like the silent “K”, such as “knife” or even a silent “G”, such as “gnome”, and we’ve not even started to explore how to pronounce “Worcestershire sauce.”

As anyone who can read and speak Mandarin, Arabic or Russia can tell you, learning English isn’t actually that hard. However it’s always easier to learn a language with professional support. Which is why we offer free English language courses to our students and their families.