Who is Resusci Annie 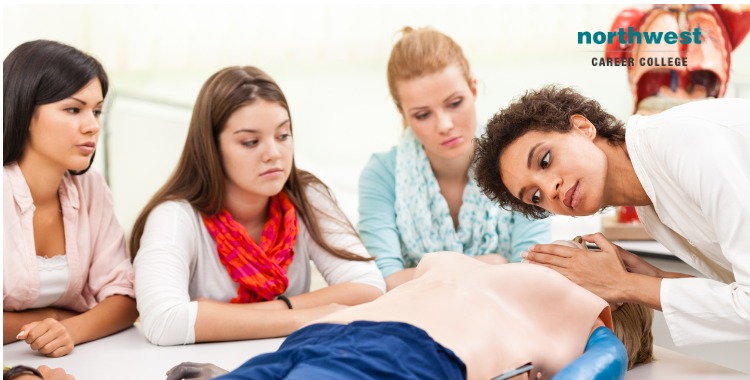 Anyone who has taken part in a CPR course has developed a quick and rather intimate relationship with the central part of nearly every cardiopulmonary resuscitation training session, Resusci Annie.

But did you know the face of the most famous CPR training dummy is actually a real person?

While the first Resusci Annie doll was made in 1960, the tale of how she got her face starts in 19th century Paris with the body of a girl being pulled from the river Seine. Her body was transported to a mortuary and placed on public display for identification, a common practice at the time.

In an odd move, the pathologist who performed an autopsy on the body was so captivated by the girl’s appearance that he wished to preserve the memory of her face. He called a “mouleur,” or mask maker, to prepare a plaster death mask based on the girl’s visage.

In the years that followed, the mask was replicated, and copies were sold throughout bohemian Paris. The face is more commonly known as L’Inconnue de la Seine or the Mona Lisa of Seine because of her odd half-smile.

Who Was Resusci Annie?

Unfortunately, other than her facial features, we have no information on who the woman whose body was pulled from the Seine actually was and no one came to identify her body.

This, however, did not stop people from creating stories around her. John Goto, an Oxford-based artist, created a story that the girl was a Hungarian actress called Ewa Lazlo, who was killed by her lover Louis Argon.

Richard la Gelienne in his 1899 novel The Worshipper of the Image portrayed her as a “malevolent force which bewitches and ultimately destroys a young poet.”

Other popular stories insisted she was a young woman from Paris who was seduced by a lover, but took her own life when she fell pregnant and he abandoned her, all without any facts to back this insistence up.

What Is the Connection to CPR?

Archer Gordon, a member of the American Heart Association’s CPR Committee, recognized that students practicing CPR on one another risked causing rib fractures and pain.

To facilitate practice he and Norwegian anesthetist Bjorn Lind approached a specialist manufacturer of toys and dolls, Åsmund Laerdal, to develop a manikin for CPR practice.

Lind and Laerdal developed an entire line of manikins, including Resusci Annie, Resusci Andy, and Resusci Baby. When developing the faces for the line of CPR dolls, Laerdal recalled a mask of L’Inconnue de la Seine which he had seen on the wall of his grandparents’ house, and decided to use that face for his female doll.

While the Lorenzi model makers in Paris, who produced L’Inconnue’s original death mask, continue to produce copies four generations on, most people are now far more familiar with that particular face as that of Resusci Annie who has gone on to help 500 million people to train in CPR, saving around 2.5 million lives.

Learn To Save Lives Yourself

Here at Northwest Career College, we are committed to providing affordable, quality CPR Classes to the Las Vegas community. We pride ourselves on being an American Heart Association (AHA) testing center and we offer Las Vegas CPR classes designed to fit your personal needs and professional schedule.

As part of our “student-focussed” approach to education we also off our CPR classes free of charge to all of our students. Call us today on (702) 403-1592  to book your CPR class and become qualified to save a life in just four hours!