What Is Constitutional Law? 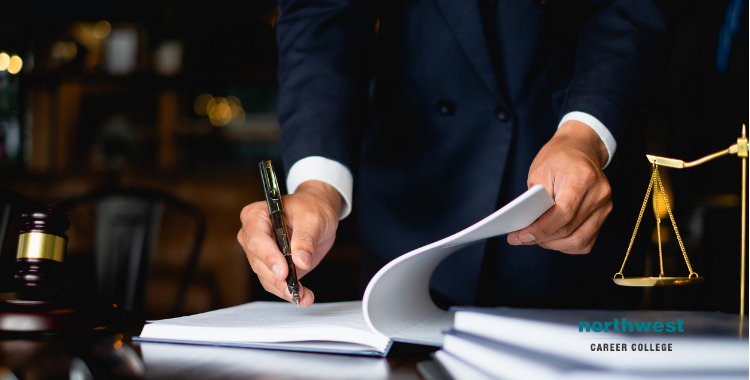 Getting a position in the field of law has always come with the perception that you need to spend many years and thousands of dollars on becoming a lawyer. The reality is that most law firms wouldn’t be able to without their vital paralegals, and training to become a paralegal can take as little as nine months!

The importance of paralegals to the modern legal sector can be seen in the rising demand for them. Employment for Paralegals is expected to increase 8% from 2014-2024, faster than average for all occupations according to the United States Bureau of Labor Statistics.

At its most basic, constitutional law is a legal specialty that focusses on interpreting the US constitution and deciding how it might apply to the actions of the US government and legal proceedings.

The US constitution is unusual in that it included provision for things like free speech and freedom of expression right from the start, meaning it has just as much impact on the lives of your average citizen as it does on the office of the president.

So, to make things a little clearer here is a brief description of what constitutional law is and how it applies to life in the US.

The Founding Of a Country

The history of constitutional law starts in 1787 when it was written to delineate the national frame of government after the US succeded from the Empire of Great Britain.

The constitution itself consists of seven articles on government, with three articles setting out the doctrine of the separation of powers that splits the US government into three bodies, three articles covering the concepts of federalism and article seven establishing the procedure that would be used by the thirteen states to ratify the constitution as a whole.

Since the Constitution came into force in 1789, it has been subject to 27 amendments to its original wording.

One of the main issues of constitutional law is that it was written in the political and legal climate of the late 18th century and at the very birth of what would go on to become one of the largest and most profoundly pluralist nations on the face of the planet.

Naturally, situations arise all the time that aren’t in the constitution and wouldn’t even have occurred to the Founding Fathers to have included in it, hence the 27 amendments. However, amending the constitution is a hugely complicated and divisive process, so it is generally left to the courts to interpret the constitution as it applies to new and novel legal situations.

While generalizing about legal topics usually isn’t helpful, constitutional scholars can widely be grouped into two categories. The Originalists believe that the constitution should be interpreted as narrowly as possible, referring back to the original 1787 document as often as possible.

Non-Originalists believe that the US constitution is a “living document” and, recognizing that the issues faced by the US of today could not have reasonably been predicted by the Founding Fathers, see it more as a framework to build on, rather than a prescriptive set of rules.

How Does Constitutional Law Effect Me?

Well, since most law is the US relates back to the structures found in the original constitution, constitutional effects millions of Americans every day.

For instance, one of the legal ideas enshrined in the constitution is the right to legal process. This gives US citizens the right to a legal trial when they are accused of a crime, rather than simply having judgment passed over them. This might seem obvious, but it is far from the norm in other countries.

The ability to criticize the government and the legal system is also to be found in the freedom of speech section of the constitution, without it, even something as banal a Facebook post criticizing the current administration could mean you are subject to fines and even imprisonment as can be seen in countries such as China, Iran, and Turkey.

Even if social media is your idea of hell, the right to privacy, or your ability to keep yourself to yourself, is also part of the constitution, even though it seems unlikely that the Founding Fathers could have predicted that it would one day be applied to drone survivable and online doxxing.

In short, even if you don’t realize it, the freedoms that most Americans take for granted every day are due, in part, to the constitution, which means, in effect, all law in the US is constitutional law.