The Benefits Of Giving Blood 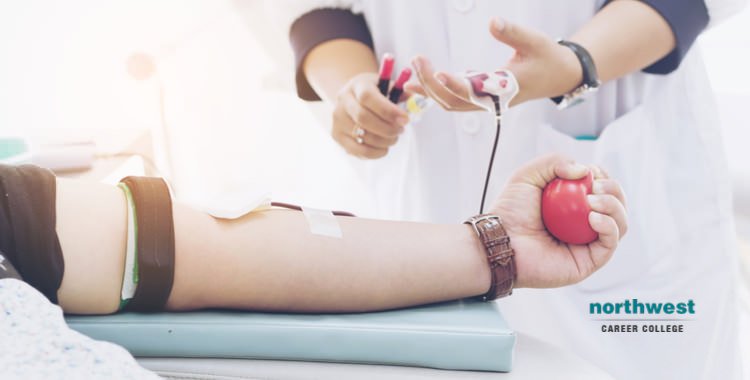 Blood donation centers are one of the primary healthcare providers who can make use of the skill of a newly qualified Phlebotomist, performing a vital function that saves millions of lives annually. 4.5 million patients need blood transfusions each year in the U.S, that’s around one transfusion every two seconds, and one pint of blood can save up to three lives. Despite the life-saving value of donated blood, less than 10 percent of people in the U.S donate annually. But the benefits of giving blood aren’t just available to those getting transfusions, the act of donating blood can also have tangible health benefits for the person giving it.

The Health Benefits of Blood Donation

Untreated, hemochromatosis can lead to eventual organ failure. The good news is that one of the treatments suggested by the Centers for Disease Control and Prevention (CDC) is the removal of red blood cells by phlebotomy or donating blood. As hemochromatosis is a genetic disorder, and cannot be passed on by the donor, blood from hemochromatosis sufferers can still be used in transfusions. Giving blood on a regular basis can be part of the treatment for hemochromatosis and can even help to diagnose the conditions in patients who were unaware that they had it.

A Chance To Make A Difference

At Northwest Career College, we pride ourselves on providing the premier Phlebotomy Schools in Las Vegas. Our phlebotomy students have an 89% national exam pass rate, and you can graduate in as little as three months. Our established, seasoned instructors will take you through every aspect of Phlebotomy and Northwest offers day, afternoon and night classes to accommodate your busy Las Vegas work and family schedule. Call us today at (702) 403-1592 to speak to one of our admissions specialists about your new Phlebotomy career.