As with all healthcare careers, working as a phlebotomist can be a stressful experience. Being responsible for other people’s health and well being is a significant responsibility and the delicate nature of drawing blood is a high-pressure situation.   Many healthcare practitioners, phlebotomists included, find that practicing mindfulness helps to release stress, so whether you’ve only just graduated from our Phlebotmoty school or you’re a seasoned professional, here are some mindfulness resources for the stressed phlebotomist. What Is Mindfulness? Mindfulness is the psychological process of intentionally bringing one's attention to experiences occurring in the present moment without judgment, which one..

For most of us, the concept of using blood to test for illness seems like a relatively recent idea. However, phlebotomy, or more accurately, bloodletting for medical purposes has been a traditional part of medicine dating back to around 3000 years ago and was only discredited as a medical treatment as late as the late 19th century. In this article, we’ll be looking at how the ancient world approached blood-based medicine and how their understanding of it eventually informed the modern science of phlebotomy. The Ancient World Bloodletting was a common medical procedure amongst some of the earliest civilized cultures,..

As with any medical procedure using needles and involving the drawing of blood, phlebotomy requires strict safety protocols to keep with the phlebotomist and the patient safe. In this article, we’ll be looking at what the more common safety concerns and considerations of phlebotomy are and how to overcome them. Hands and Gloves Hands and gloves are a primary focus when feeling with phlebotomy health concerns. No blood draw should be completed without gloves and there should be no exceptions to this rule.    Compromised gloves should be changed immediately and, as a precaution, gloves should be changed between patients to..

Phlebotomists are an integral part of the medical diagnosis cycle, collecting vital blood draws that allow for the diagnosis, and then treatment of a huge range of diseases and ailments.    With the field expected to grow by 15% over the next five years, now is an excellent time to train as a phlebotomist and, if you are considering it, here are five benefits you might not have thought of. You Can Get Qualified Quickly A lot of jobs in the medical sector require a four-year bachelor’s degree, but if you want to get into the workforce and start making..

The term DUI is a legal acronym that stands for “driving under the influence,” or, more accurately, operating a motor vehicle while impaired by the effects of intoxicants such as alcohol.    There were 119,100 DUI related deaths in the US in 2019. Wyoming, North Dakota, and South Dakota have the top three DUI arrest rates, while Montana and Wyoming have the two highest DUI death rates.   In order to combat drink driving, state and federal police are authorized to conduct a very specific blood draw, so, in this article, we will be answering the question, what is a..

Staying healthy isn’t just about reacting to health issues when they crop up, it’s about being proactive and monitoring your health so you can preempt any issues in good time. In this article, we’ll be looking at simple, proactive methods you can use to keep yourself healthy. Diabetes Screening According to the Centers for Disease Control and Prevention (CDC), more than 100 million Americans have diabetes or prediabetes. Diabetes is also over-represented in many communities of color such as American Indians, African Americans, and Latinos.   Having diabetes makes you more vulnerable to heart disease, strokes, nerve and kidney disease,..

Medieval medicine and its practitioners had some odd ideas. For instance, their diagnostic techniques were largely limited to examining a patient’s urine, which they would then match to a chart, such as one now in the Bodleian Library and make medical diagnoses based on the comparative color.   One of the odder facets of medieval medicine was the practice of bloodletting based on the relative position of the stars. In the middle ages, the belief in astrology was almost universal and nearly everyone understood that the planets and stars under which a person is born would exert influence over a.. 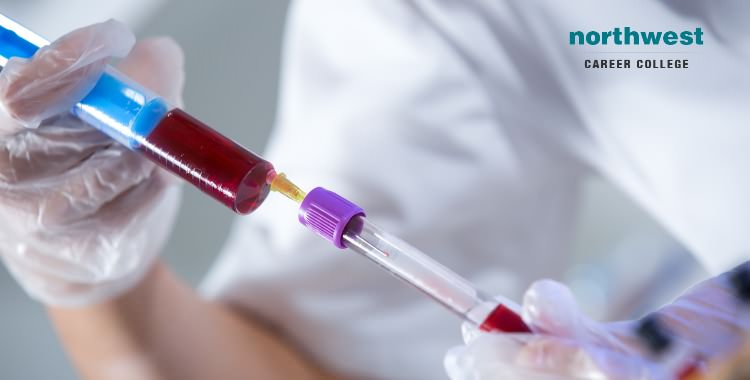 Trained medical technicians who specialize in drawing blood from patients, Phlebotomists are a vital part of modern medicine, drawing vital uncontaminated blood for the blood tests which remain the bedrock of diagnostic science.   If you’re considering becoming a phlebotomist, here are some ways in which phlebotomy is crucial in the medical profession. Diagnosis and Prediction The results of blood tests are used in 80% of diagnosis in modern medicine. A huge range of medical issues, such as blood disorders, bacterial infections, viruses, even some types of cancer can be detected through blood tests.    These hugely important tests are..